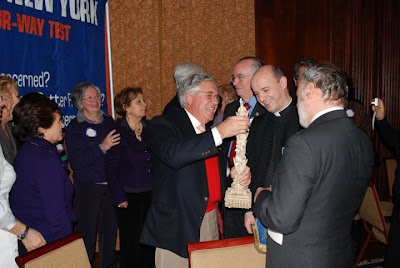 A delegation of more than forty Rotarians from Italy's Viterbo and Rome Clubs visited the United Nations during the first week of December, 2008. Included in the delegation from the Viterbo Club was President Stefano Marini and from the Roma Appia Antica club was President Enrico Bruschini and from Bolsena, Ducato Di Castro. In addition, the former INNERWHEEL Governor, Mrs. Maria Teresa Battistelli Lecchini also attended. New York Rotarian, Giovanni Cicero, was their host, who is a frequent friend and visitor to their clubs, when he is in Italy.

They visited the United Nations on Dec. 5, 2008 and attended a conference mainly on the governance and the legal side of the United Nations. After the conference, they enjoyed a fellowship lunch at the German Mission to the United Nations. On Dec. 6 an Inter-club Gala Dinner was attended, and on Dec. 8 they attended the weekly lunch of the Rotary Cub of New York at the Harvard Club on West. 44th Street in Midtown New York.

At the conference, it was pointed out that Rotary has RI presidential-appointed representatives to every part of the United Nations system: There are five Rotarians assigned to New York, two in each Rome, Geneva, Paris, Vienna, and Nairobi, respectively. There are also Rotary representatives to the World Bank, the African Union, and the Organization for American States (OAS), and to the regional commissions of the Economic & Social Council. 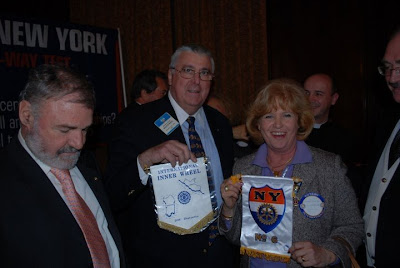 Sylvan Barnet, the Alternate Representative to the United Nations, noted that in Rome, Rotary representatives work with the Food & Agricultural Organization (FAO) and the World Food Program. He also explained that Rotarians also helped to write the UN Charter in San Francisco in 1945, with 49 Rotarians in 29 delegations active in the process. With this long and productive partnership, Rotary shares the highest status among NGOs at the UN with about one hundred and fifty other NGO's. Rotary contributes to over twenty social/humanitarian issues
particularly those dealing with the UN Millennium Development goals to: 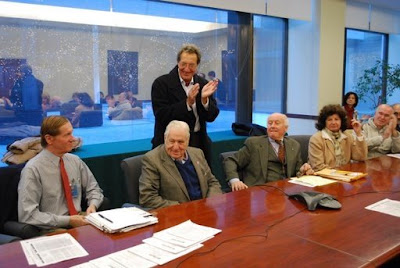