Rotarians attended the Prayer Service for the start of the 64th Session of the General Assembly lead by Archbishop Timothy Dolan of New York. The Archbishop recommended adopting a “tongue common to all of us that has at its center the human person the heart of all institutions, laws and works of society." He made these comments on September 14 at the Church of the Holy Family, (the United Nations Roman Catholic parish). The Vatican’s Permanent Observer at the U.N., Archbishop Celestino Migliore, as well as U.N. Secretary General Ban Ki-moon, spoke at the service.

With an ostensible reference to the Tower of Babel, the Archbishop noted that the international community would be better served if it used as an official language "a voice, a tongue, common to all of us, and one that does not demand the use of a dictionary or grammar. This tongue speaks of help and hope, mercy and tenderness, of fatigue over war, of longing for simple decency and dignity."

U.N. Secretary General Ban Ki-moon also addressed the attendees and stated: "I am deeply honored to join with you once again for this service. I look forward to it every year. For the United Nations, September is the season of renewal. And we begin right here. By giving thanks, gathering strength, and looking forward in faith: Faith in our universal values, faith in our common humanity, and faith in our shared future." 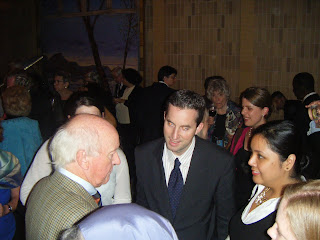 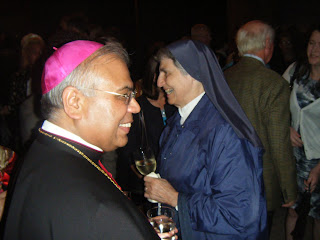 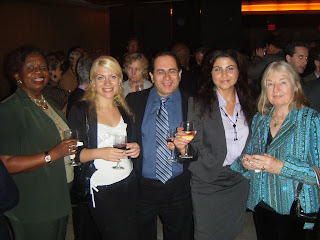